The capital of Ukraine, Kiev, is gaining popularity among Hollywood and world cinema stars by engaging them in world-class entertainment and social events. 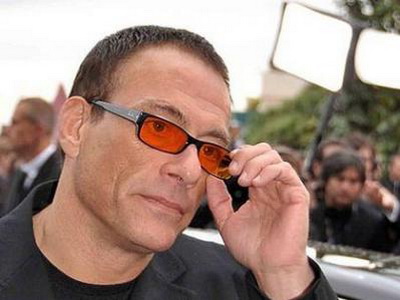 The legendary duo of Sylvester Stallone and Dolph Lundgren were the first in the row to hit Kiev’s showbiz scene. Their new action thriller “The Expendables” was presented in Kiev on August 7.

Notably, in addition to Kiev, the actors have presented the movie in person only in London and Paris, making the city the only Eastern European capital to host this remarkable event.

Miss Ukraine 2010 was the second big occasion which attracted celebrities to Kyiv. Pamela Anderson, one of the world’s most famous “femmes fatales”, became the main headliner of the Ukrainian Beauty Contest.

The other jewel in contest’s crown was Ornela Mutti, invited to Kiev as the honored guest and the head of the jury of the contest.

The main male headliner of the Miss Ukraine was Jean-Claude Van Damme, who lately has become a frequent visitor to the Ukrainian capital. The famous Hollywood star has visited Kiev at least three times in the past six months.

National tabloids have enthusiastically reported on Van Damme’s amorous affairs in Kiev, publishing pictures of him and his alleged Ukrainian girlfriend in different locations and events in the Ukrainian capital.

Last but not the least in this celebrity parade is the lovely couple of Sophie Marceau & Christopher Lambert. The two actors were invited as the honored guest to the opening of a high-class restaurant in the heart of the Ukrainian capital.

The Ukrainian paparazzi have captured the couple walking and taking photos in the streets of Kiev and cuddling in the restaurants.

Traditionally Kiev has not been a very popular leisure destination among the world’s celebrities. It had been mainly Prague and Budapest which have enjoyed the reputation of Eastern Europe’s social life center.

This status-quo, however, is gradually changing, as the attractions of Ukraine become more and more appealing and difficult to resist.