The History of Kiev, the largest city and the capital of Ukraine, is documented as going back at least 1400 years. The exact century of city foundation has not been determined. Legend has it that the emergence of a great city on the future location of Kiev was prophesied by St. Andrew (d. AD 60/70) fascinated by the spectacular location on the hilly shores of the Dnieper river.

The city is thought to have existed as early as the 6th century, initially as a Slavic settlement. Gradually acquiring the eminence as the center of the East Slavic civilization, Kiev reached its Golden Age as the center Kievan Rus' in the 10th–12th centuries. Its political, but not cultural, importance started to decline somewhat when it was completely destroyed during the Mongol invasion in 1240.

In the following centuries Kiev was a provincial capital of marginal importance in the outskirts of the territories controlled by its powerful neighbors: the Grand Duchy of Lithuania, the Polish-Lithuanian Commonwealth and the Muscovite Russia, later the Russian Empire.

A Christian city since 988, it still played an important role in preserving the traditions of Orthodox Christianity, especially at times of domination by Catholic Poland, and later the atheist Soviet Union. 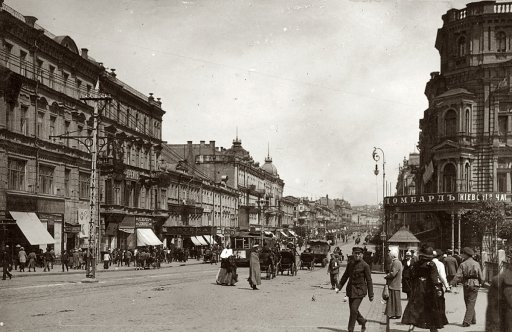 The city prospered again during the Russian industrial revolution in the late 19th century. In the turbulent period following the Russian Revolution Kiev, caught in the middle of several conflicts, quickly went through becoming the capital of several short-lived Ukrainian states.

It now remains the capital of Ukraine, independent since 1991 following the collapse of the Soviet Union.